Macedonia is one of the most fascinating places in the world - it’s a modern country with Persian, Greek, Roman and Ottoman cultural influences. Foreigners in Macedonia feel welcomed, as if in their own country 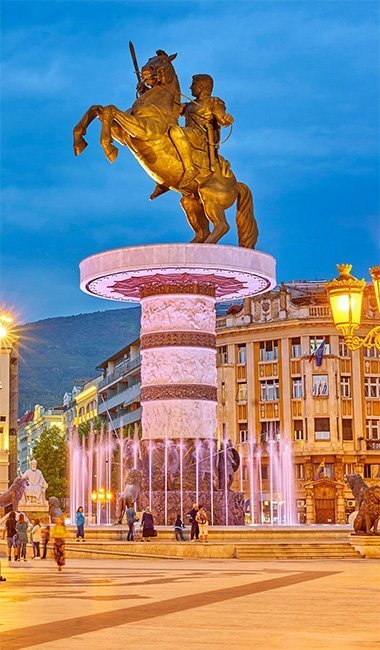 Macedonia is a safe country to study in

Foreigners in Macedonia feel welcomed, as if in their own country. Macedonia is known for its security and safety, both for its citizens, and for the foreign visitors, too. The crime rate is very low. Therefore, Macedonia is considered to be one of the safest countries in the region. The local population is widely known for its hospitality and friendliness towards the foreign visitors. Thus, the foreign tourists who flock to Macedonia all year round, as well as the foreign students living in Macedonia, move freely and carelessly in the streets and visit the numerous tourist sites, attractions and cultural events with no danger whatsoever. The same applies to the foreign students studying at the European University.

"National Geographic" describes Macedonian hospitality with one of the most frequently used phrases in everyday life: "Let’s have a coffee", which, in Macedonian, can actually be not only coffee, but beer, dinner or, simply, a socialising code. Macedonians love socialising. According to "National Geographic", if one meets someone new, they will get a friend for life.

Entertainment and cultural life in Macedonia are easily accessible for all ages. There are many discos, pubs, bars, restaurants, theaters and cinemas in all cities in Macedonia, and they are available to all citizens. Apart from folk music typical for the seventh octave notes and known throughout the region, music stars from all over the world play regularly in Skopje, Ohrid, Bitola, Strumica and other cities in the country. In addition, there are many music and film festivals, as well as art colonies. Furthermore, one can visit many museums in Macedonia.

Traditional Macedonian cuisine is but a mixture of many different influences. In addition to the original local specialties, it has incorporated the influences of the Turkish, Greek and the Middle Eastern dishes, as well, to a lesser extent, the influences of the Italian, Mediterranean and the Hungarian specialties. Local cuisine is adapted to the religious requirements of the population.

Traditional production, alongside climate that provides excellent conditions for growing organic vegetables, fruits, spices and herbs, contribute for healthy and natural food to dominate Macedonian cuisine. The use of old and high quality seeds in the cultivation of tomatoes and peppers makes these products known remotely. The Macedonian ayvar is our recognisable brand, and there is no foreigner who did not admire its taste.

Apples grown in the Prespa region are widely known for their taste and quality.
Macedonian lamb meat is widely known, too, and despite the local consumption, it is exported to Europe and the Middle East.
Macedonian cuisine is also known for its variety and quality of the dairy products.
Macedonian mountains are rich in medicinal herbs, so tea is regularly consumed here, as well as exported.

Macedonia is rich in vineyards and produces high-quality wines, which are widely known and exported to Europe, the United States, China and the rest of the world. In Macedonia, a very rare type of grapes is grown – Vranec, and the red wine of this type of grapes is produced only in Macedonia and Montenegro, and is very widely respected. Also, among the most recognisable Macedonian alcoholic beverages are the grape rakia and the mastika, served as apéritifs, as a welcome to every home.

The price of the local food is among the lowest prices in Europe, so, in Macedonia, one can find local, organic, healthy and very tasty food, yet, at the same time, very cheap.

Macedonia is one of the most fascinating places in the world; it’s a modern country with Persian, Greek, Roman and Ottoman cultural influences.

Macedonia abounds with beautiful mountains, natural lakes and rivers, and endemic flora and fauna. There are countless monumental churches and mosques on the territory of Macedonia. Regarding the cultural and historical features, Macedonia is a treasury – it is rich in cultural heritage witnessed by many legends and stories from the past:
• Ancient Megalithic Observatory Kokino – Four millennia old. In 2005, NASA, the US space agency, mapped Kokino among the 15 most famous observatories in the world, along with Abu Simbel in Egypt, Stonehenge in the UK, and Machu Picchu in Peru.
• Rich archeological region of ancient and Roman times;
• Cradle of Orthodox Christianity and culture;
• The European Jerusalem – Ohrid, the most famous tourist center in the region, and, also, a UNESCO-protected city;
• Skopje is the birthplace of Mother Teresa.
• Numerous monuments and mosques from the Ottoman Empire;
• Macedonia is the country of the lost trades. 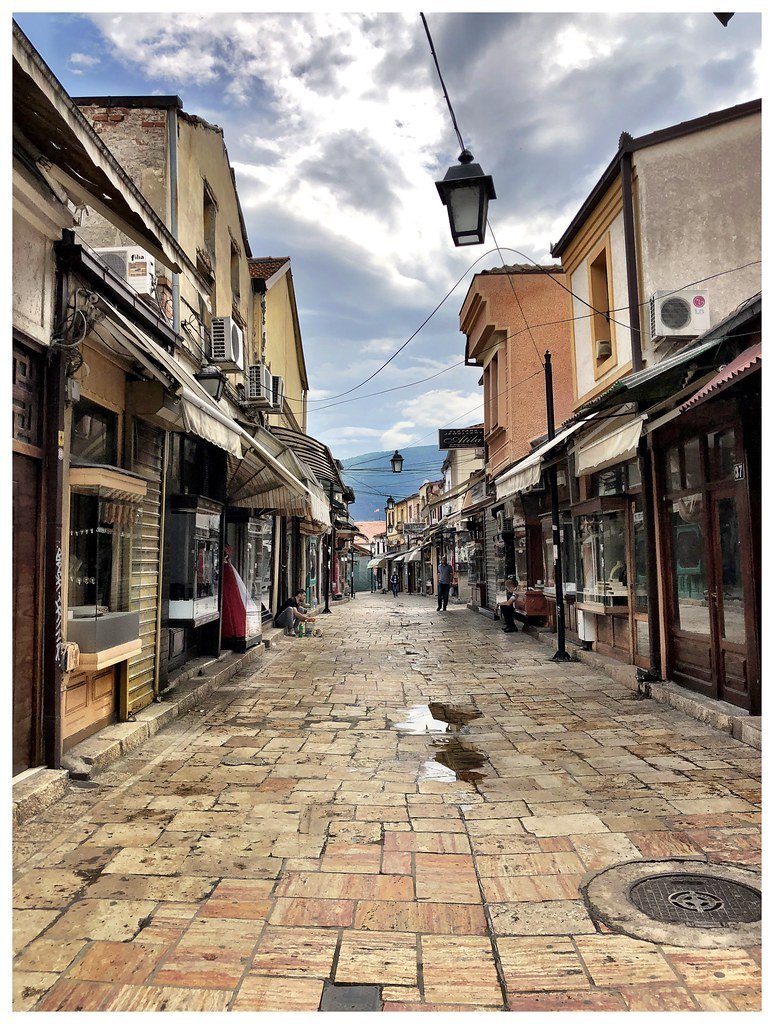 Macedonia is often referred to as "The Land of Lakes and Mountains". In the country, there are more than 50 natural and artificial lakes and 16 mountain ranges higher than 2000 meters above sea level. One of the three oldest lakes in the world, Ohrid Lake, is located in Macedonia. The crystal clear waters of Ohrid Lake, one of the three oldest lakes in the world, date back more than a million years ago, along with the mixture of the cultural treasures, the Roman amphitheater, the many churches, some of which dating back to the 9th century, the magnificent Mount Galičica National Park, are places that, according to the most famous world magazines, must be visited. The second largest natural lake, Prespa Lake, lies at an altitude of 853 metres above sea level and has an extremely rich biodiversity characterised by many endemic and autoheteric species. Mesmerising are the Prespa landscapes – the intertwined scenery of the lake with Pelister and Galičica mountains.

There are several national parks in Macedonia. The country's largest national park, Pelister, offers something for everyone's taste. It’s good to be visited during the summer; also, it is a great opportunity to visit it is in the winter, during the ski season.

Macedonian nature resembles Swiss cheese; Macedonia is full of caves – there are more than 300. We recommend a visit to Gorna Slatinska Cave, guided by the guides from "Urus Speleos" Exploring Society.

These are just a tiny bit of the natural beauties one can visit. Nature lovers can enjoy the riches of Macedonia literally every weekend.